Japa Deli Review - If you don't like bad things, best not to read this

Song here finally doing a review on a lunch place that I went to a few days back. It's called Japa Deli and it's located on the corner of Anzac Ave and Beach Road. I decided to go there because I was craving unagi (Japanese grilled eel) so you know what this is probably gonna be about :p so let's get into it!

Atmosphere
The place is nice enough, combining a modern clean surrounding with an older wood based style floor and furniture. The rest of it is quite typical I suppose with some Japanese decorations here and there. This definitely feels more like a cafe than a restaurant and it's a good place to go casually or for a lunch date etc. I really did like the light colored brick walls but that's just me, I'm a sucker for brick walls in places like these. 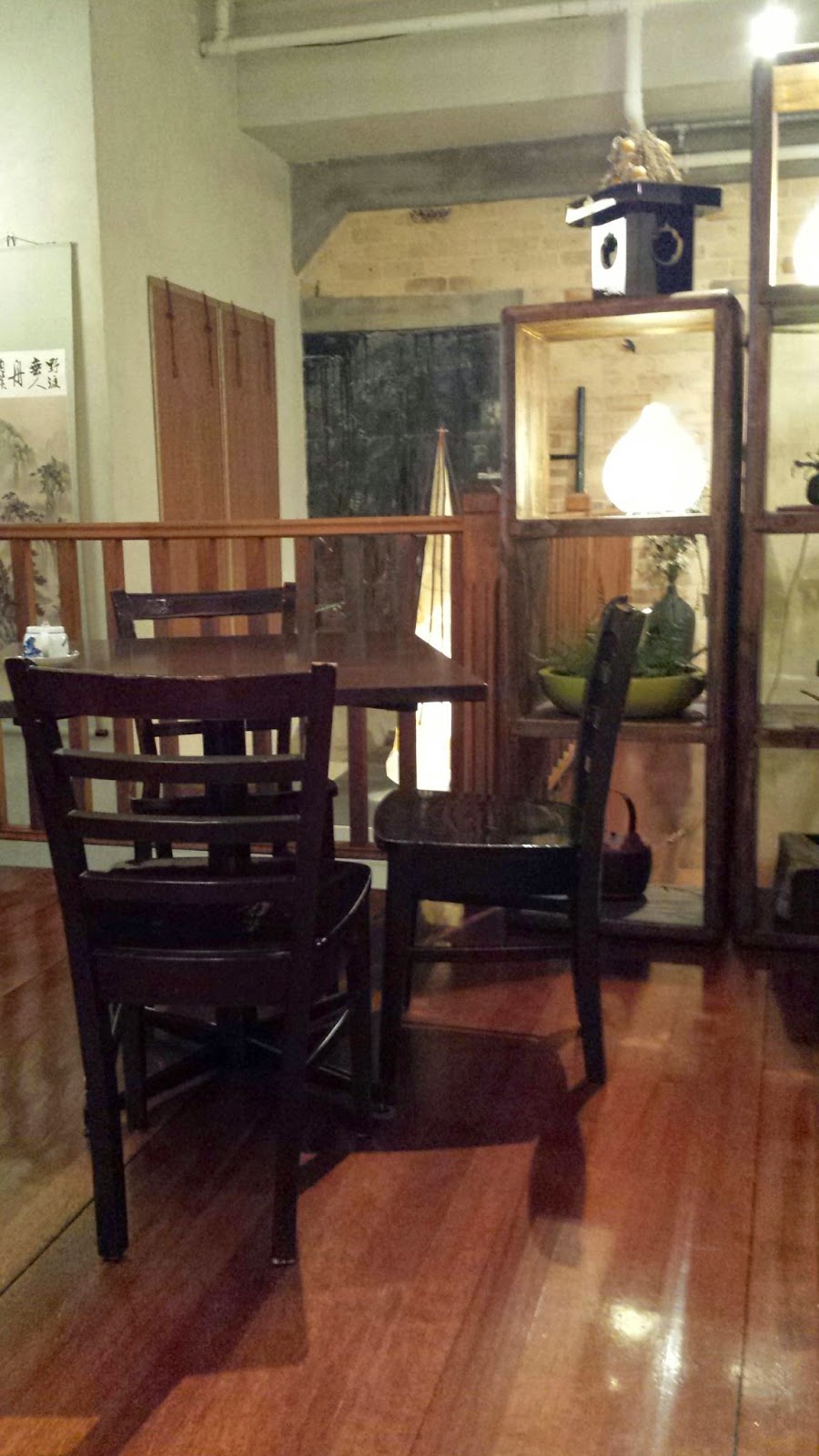 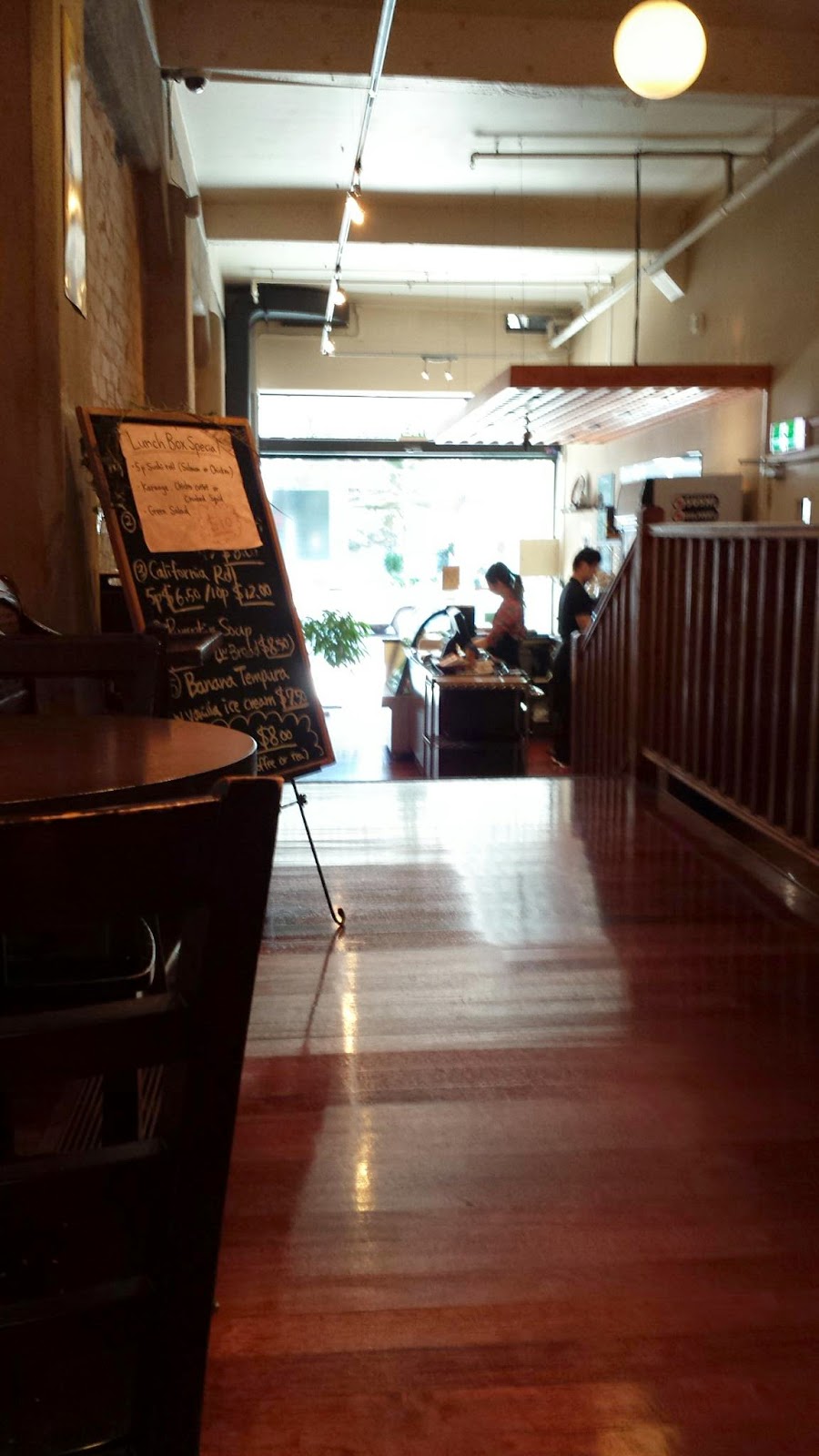 So this is where I had quite a bit of a grumble. We ordered the Unagi Don and were going to also go with the Okonomiyaki which I think is a pretty standard order. Unfortunately they had..run out.. or didn't do (or something along those lines) that either at that time or at all. Okay so first, they had literally just set up and open and they've already run out? I must have missed the lunch hour rush or something in the couple of minutes it took to get there. Second, if they don't do something it should be told when they give us the menu or crossed out on it at least. Crazy small outburst over. For those who are wondering the special was a lunch box special. 5 pieces of sushi either salmon or chicken with Karage chicken cutlet or crumbed squid accompanied with a green salad. This entire meal would cost you $10.

So we ended up getting the Unagi and the Tempura Udon. Being me and knowing how much I end up eating and considering I was starving at that time (didn't eat breakfast just because... I normally don't.) I decided to go with the large unagi don as there are two choices (small or large). When it arrived (quickly which was good) I had to stop and think about whether or not I had made a mistake with my ordering or perhaps they had written down the wrong order because surely.. that couldn't be a large. Ignore the photo because it's kind of misleading but its small. 4 mid to small size pieces of eel with.. not even that much rice. I will say that the proportions work out nicely but certainly not what I was expecting. The taste? Nothing outstanding but it wasn't bad either. It lacked balance as it was literally just rice and eel. Some would say "well that's what you get for ordering a Don" and I agree but I've eaten at various Japanese places in Auckland and a don meal usually comes with some sort of vegetables, and no, dried seaweed strips do NOT count (according to my girlfriend.. I mean I was going to say it counted.. I only eat veges if I have to) for half the price I could have gotten sushi chicken AND a salad. I find that just a little bit ridiculous. If that was the LARGE then I am terrified to the thought of how miniscule a small is.

The tempura udon was disappointing. I suppose they gave a fair amount of tempura, but for me I find that dunking it in the udon, kinda defeats the purpose of it being deep fried in the first place. You lose the crisp texture and the oil leaks into your soup making the entire meal... gross. The noodles were bland (but they're noodles) and the soup didn't help much in the taste category either.

The saving grace of this meal was probably the.. Ginger beer.. 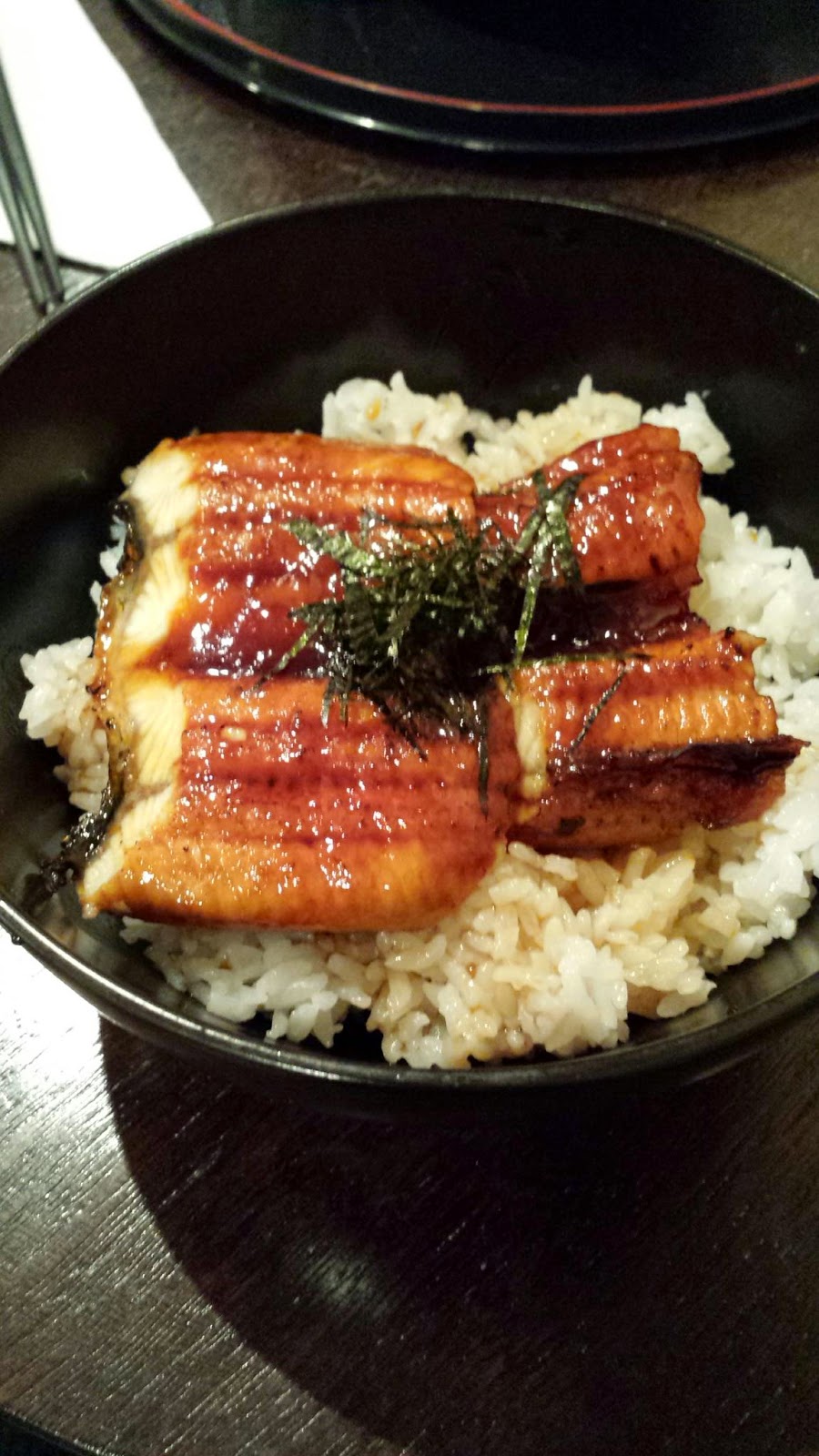 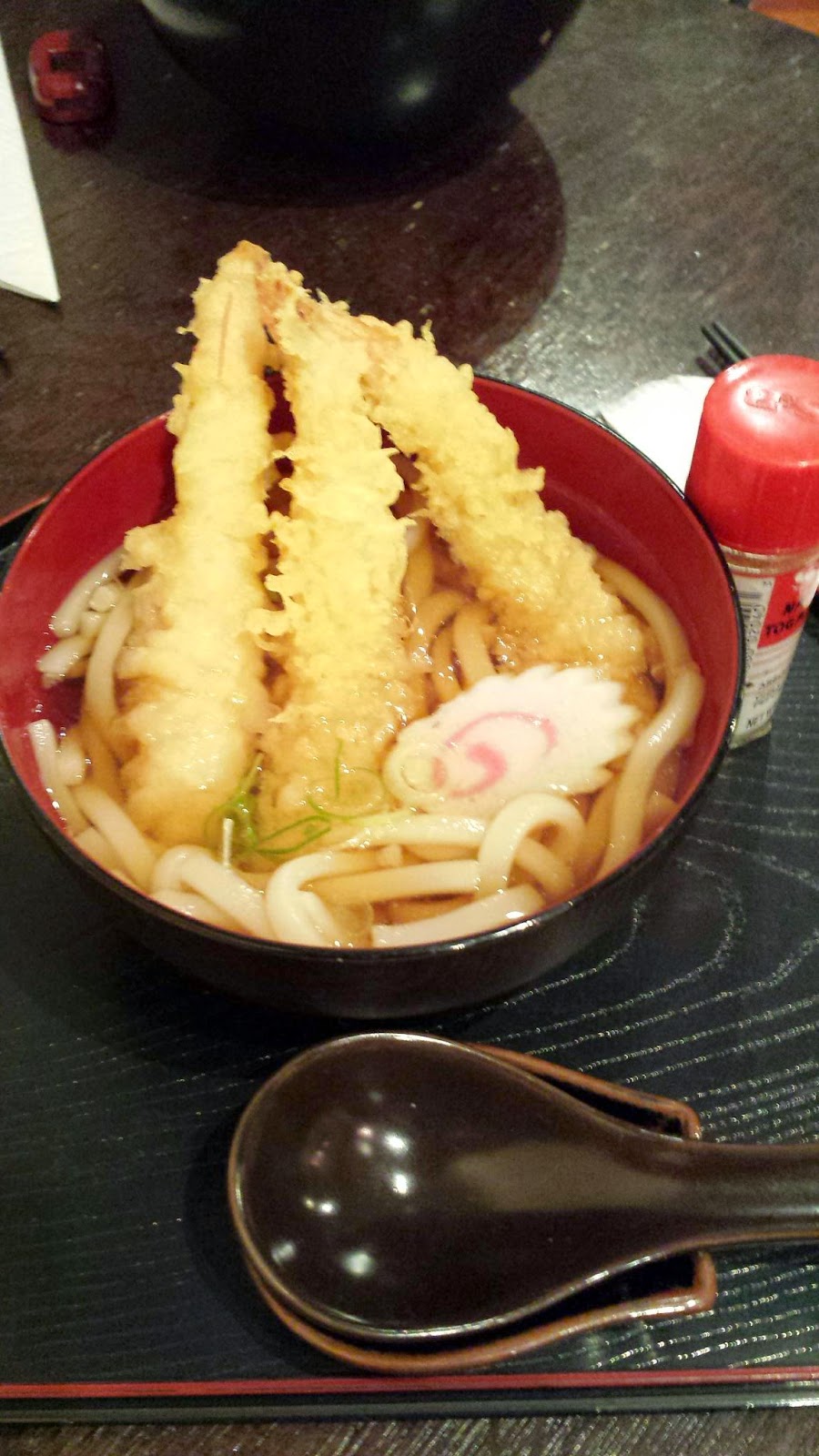 Here I thought that the way it looked was nice, there's not much you could do with some eel and rice, but at least they made an effort to layer it nicely. The udon.. again, there's really REALLY not much you can do with noodles, I mean they kind of arrange themselves don't they? But hey, they did put the tempura nicely together. Not much I can say about this overall but I did like the utensils that they gave to us so score points for that.

I really hate criticizing things.. (I know it sounds like I enjoy it but it makes me feel kinda bad..deep down.. like.. Tartarus deep..) Their service was horrible. They're lucky we got rid of the rating system otherwise this would have scored a 0. We are the first customers there. Now, I'm not saying we have to be treated like it's a red carpet premiere (though that would definitely edge them closer to a 10) but a smile a greeting and clear direction to a table would be nice. They seemed to have read the total opposite of the customer service handbook because it honestly felt like we weren't welcome. Furthermore, specials come first. Otherwise it's not going to get considered while we think about what to order. As I said above, what you do and do not do also get mentioned first off. Don't raise our hopes only to dash them (unless you're sadistic that way then.. you have problems). When asking for our order the waiter's tone (and I say waiter loosely, a primary school child could have been better) was definitely that of one who would rather be anywhere else. After telling us that they didn't have okonomiyaki, there was this lengthy pause before he finally decided to mention the specials. Now that's not so bad right? Wrong. The only reason I can tell you the specials is because I had somehow taken a photo of the blackboard it was on and just zoomed in to read it. The waiter (again, loosely using the term) just mumbled a bunch of sentences and I caught the words special and sushi. Otherwise I honestly wouldn't have a clue that they had specials. I didn't dare ask him to repeat it because he already looked like it was killing him to talk to us. This is a HUGE part of why I disliked this place.

So.. numbers. A large unagi don with the shrimp tempura udon along with a ginger beer altogether put us $36.60 out of pocket. For two people. For that kind of money, I could have spent it actually getting food that satisfied me. I had still hoped that they had made a mistake and that they were going to charge me a small unagi don which would have been acceptable but at $18.80 I could have gone to any other Japanese place and gotten way more than some measly eel and a bit of rice. The Ebi tempura udon was $13.80 and honestly I think that they're making way over double of what it costs to make. Ginger beer was $4.00.

So overall? This isn't a place that I'd recommend. At least not to students. Sure the atmosphere of the actual place is nice, the deco works well together and has a fair amount of space so you don't feel like you're a sardine. The food is also alright. However, for the amount you pay for that food? Definitely not worth it in any aspect. Maybe if you were earning that much or you were just THAT hungry.. then maybe but even then.. I'd be really hesitant. The service was the biggest problem that I had with this place as I'm quite happy to lunch anywhere else because being that far down away from University, means that I have a whole ton of choices of where to splurge for a meal. I cannot see how this place had as many customers as it did, I will just assume that they're not regulars. Perhaps I didn't order the right things so if any of you viewers have been there and actually liked it, let me know in the comments down below!